I recently started a 6 month business coaching group, and we are working on our ‘brand’, and coming up with a version of the ‘elevator speech’. Great, this will be awesome, and so helpful which is immediately followed by the question of ‘which business?” This reminded my of a couple of art pieces I did five years ago, so here’s the story on those.

Income quilt – This piece started from the idea of piecing together an income like a quilt. I had gotten to the point of adding the threads to the piece. My first plan was to use all nine colors of threads and connect each color in a zigzag back to the base color. As you can see below, that didn’t work. It was insanely chaotic. 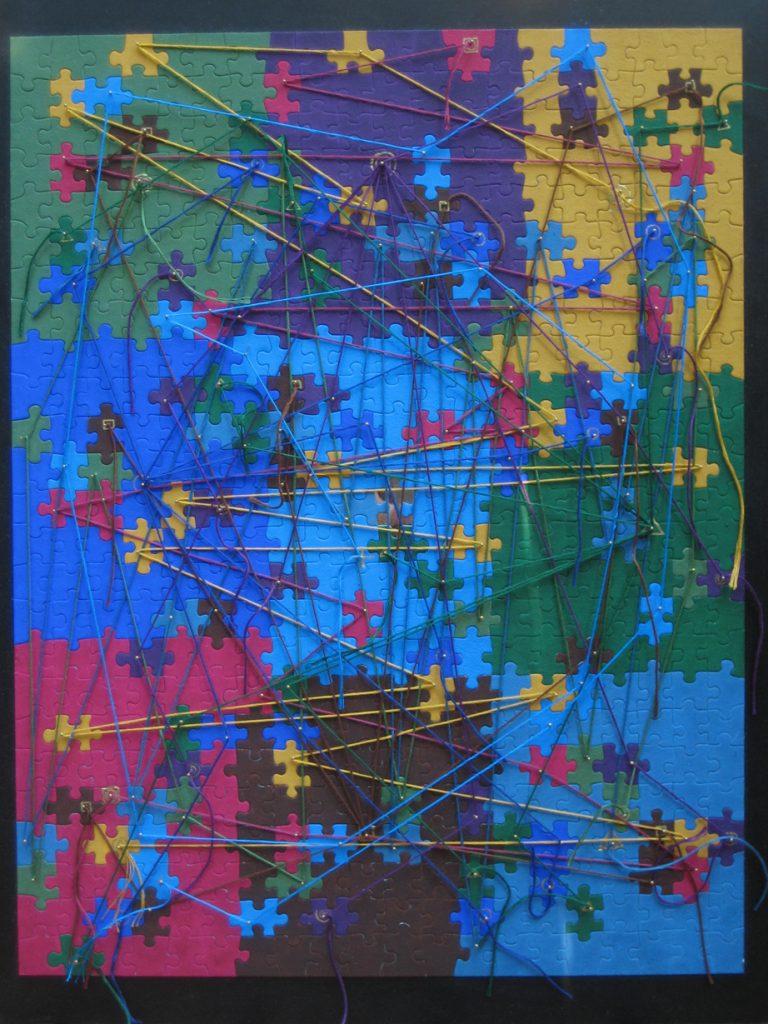 I tried four more ideas, none of those were going to work either. 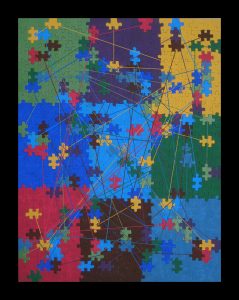 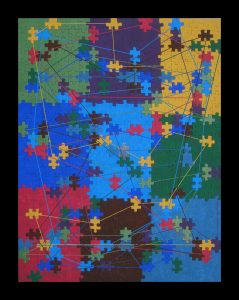 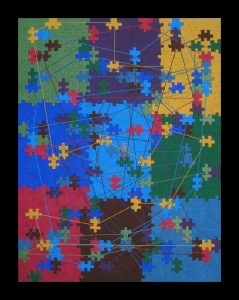 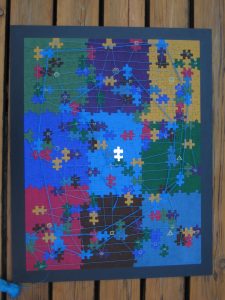 By this time I realized this idea wasn’t working in my life as well. There were too many different things, no focus, no cohesion. I needed to get back to my focus, ceremonial cloths and my connection to spirit. I needed to let some things go, and for the piece that meant to leave some of the pins and pieces unconnected. I thought about starting over, decided that this was a transitional piece, and it had become about Finding Focus, which is now it’s title. 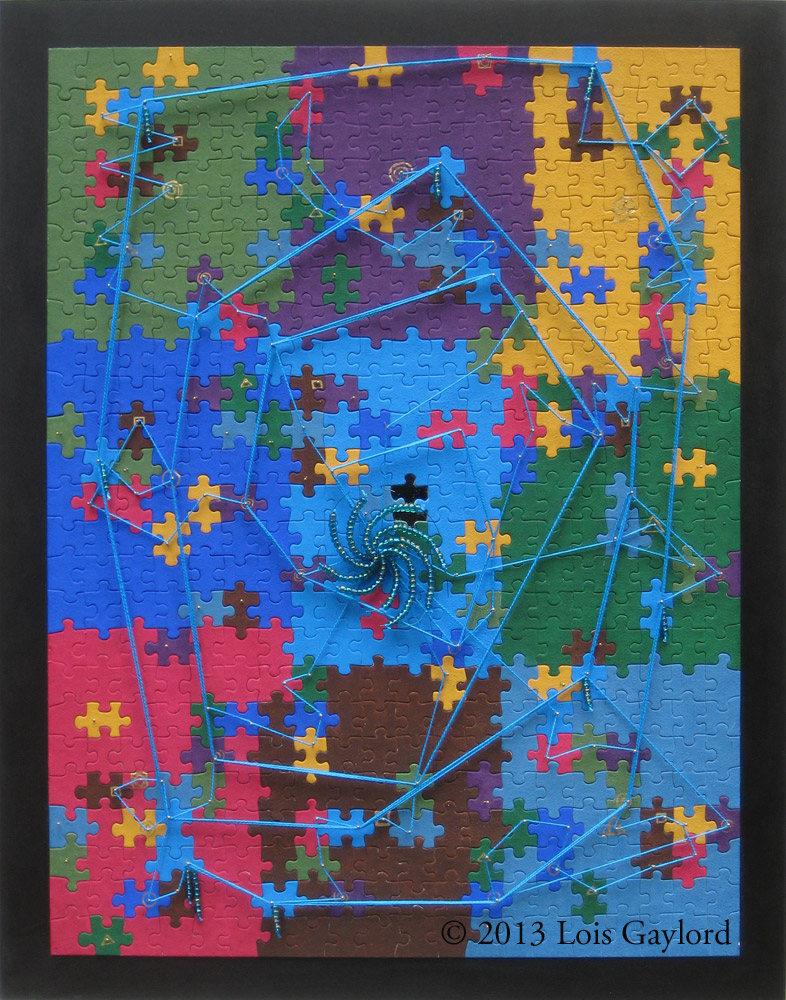 While I was finishing that piece, I had the idea for the Path to Avodat ha’Lev, which means the work of the heart. 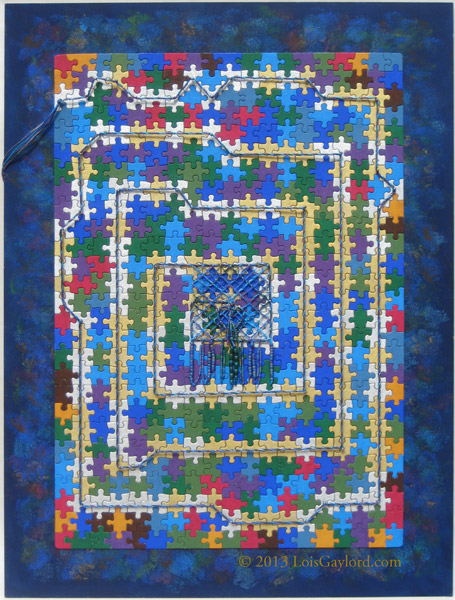 Path to Avodat Ha’Lev, The Work of the Heart

The gold and silver puzzle pieces represent Spirit. The twisted threads are following the path created by Spirit into the center. As you follow the path inward, colors are left behind, it becomes simpler, more harmonious. And in the center is weaving, a web, the web of life and a heart. Spiritual weaving, the work of my heart. A few months after finishing this piece I finally had the courage to tell someone “I make sacred cloth”.

Now I get to figure out how to distill all of this into a marketing message for my business.

For anyone who was following my “Art Story”, this post skips ahead in the timeline by almost 3 years from the last installment which was published in Jan. 2014. Sigh… 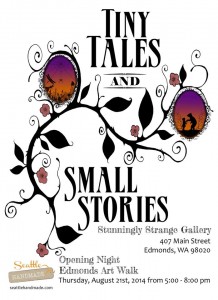 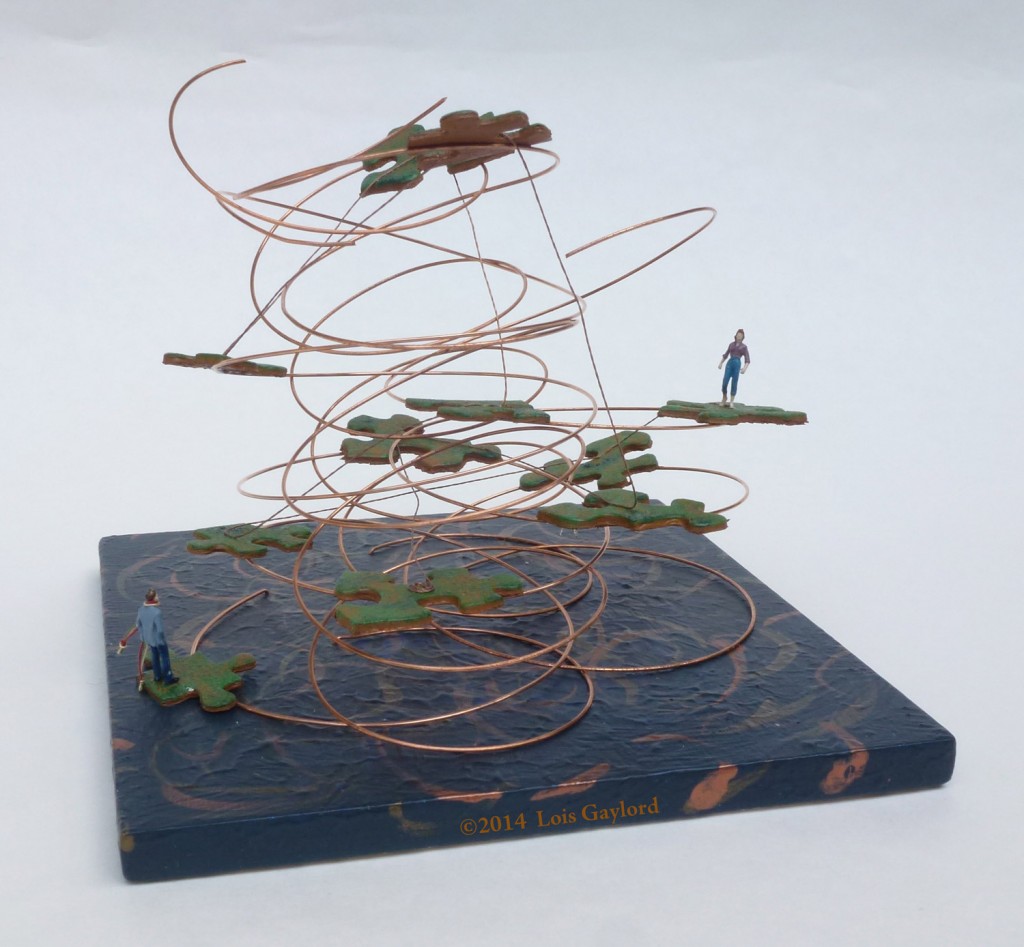 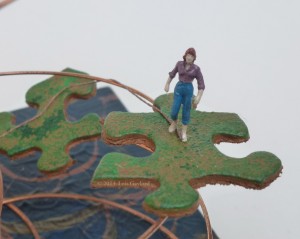 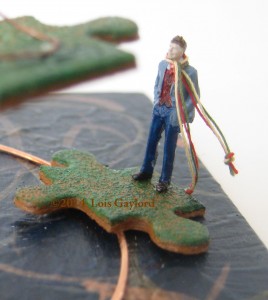 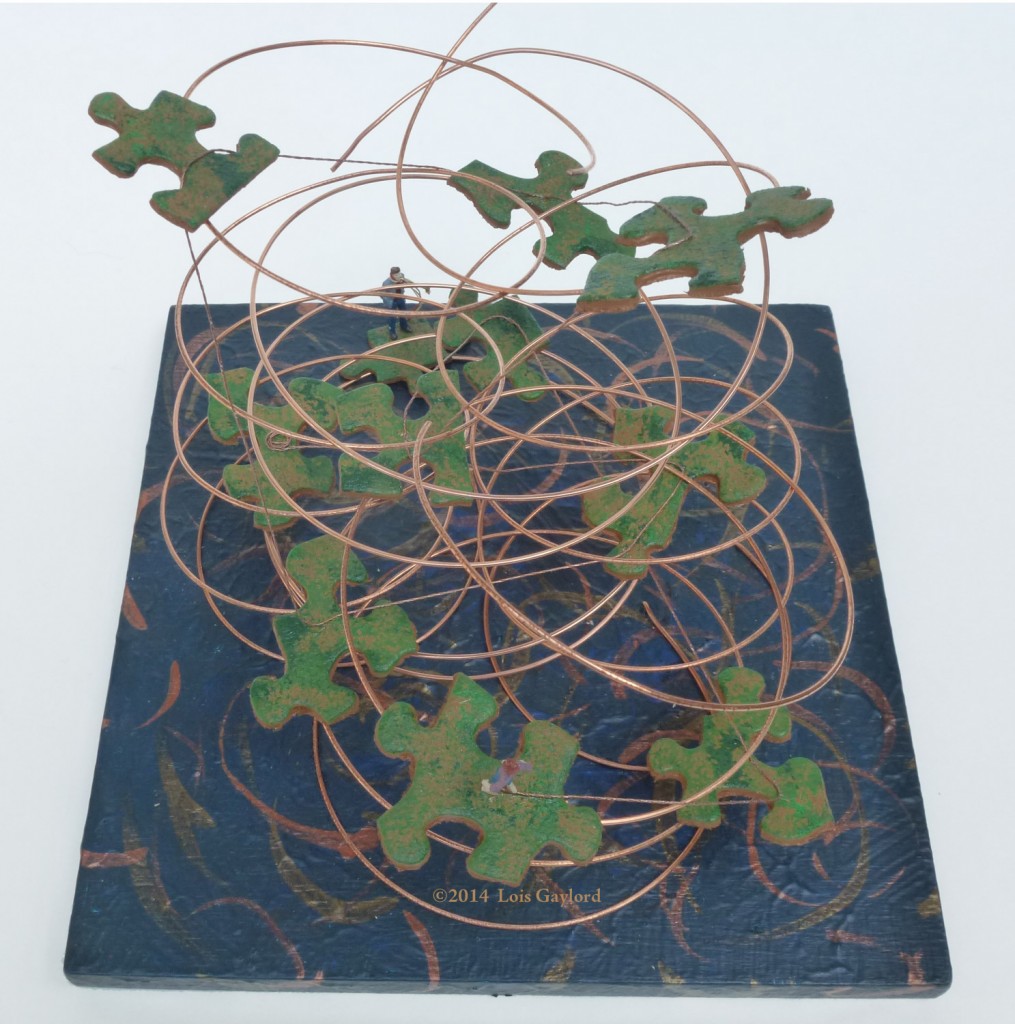 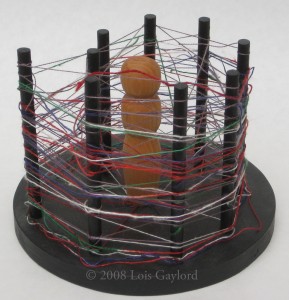 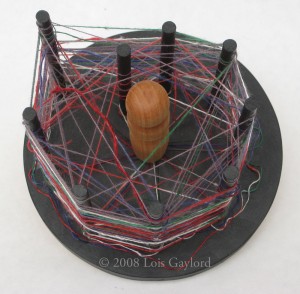 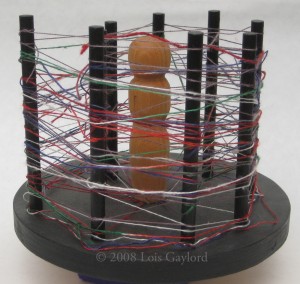